Looking for Summer Clams in Arlington?

Looking for Summer Clams in Arlington?

Not everyone likes their belly clams in a clam roll, including chef Paul Turano of Arlington’s Tryst restaurant.

This May, he rolled out T’s Clam Shack, a summer-themed, pop-up restaurant within his restaurant where, Sundays through Wednesdays from 5 to 10 p.m., the landlocked clam shack menu features brown bags — not rolls — of the New England delicacy.
“That’s what I’d want,” Turano said, “a moderately priced snack food versus an entree route. I like to snack.”

Do not expect a big clam plate filled with french fries and cole slaw in the bag, but do expect to munch on about 13 clams ($11) coated with a light, crunchy batter made, Turano said, “with a little buttermilk.” This fried clam snack attack doesn’t overdo it, leaving you feeling both satisfied and less guilty.

Laurie Williamson, Broker, Realtor®, MBA, has been listing and selling residential real estate in Arlington MA and the surrounding towns since 2006 with the Homes North of Boston team at Coldwell Banker Residential Brokerage. 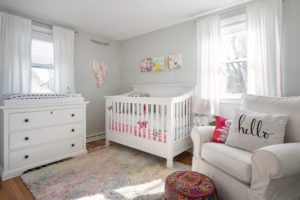 Have you been searching all Winter for a perfect move-in-ready[...]

Your email is safe with us.

When we say we are “redefining service in real estate,” we mean it! Our clients come first. We will educate you on what needs to be done to have a successful sale of your home. There are many components to a successful real estate transaction; you can count on us to be there every step of the process and make sure no detail is overlooked. With a proven track record, the right skill set, and years of experience, the Homes North of Boston Team has the right tools to successfully sell your home. If you’re serious about selling your home, we’re serious about getting the job done!

We're currently offline. Send us an email and we'll get back to you, asap.